Another appearance of Veronika in Weekend Sport newspaper. Just a single pic from Set 405.

Nothing new again this time. Here is the preview:

Well it has been a long time coming but finally a brand new (if not slightly dated) candid picture of Veronika shot of her on Ibiza on Oct. 16, 2011 by Bernd. The photo was sent to me a few months ago by Bernd who frequents Ibiza and says that she still lives on the island. The other previous found candids were also from Ibiza BTW … so am expecting all the European Veronika fans to take their vacation there this year and get lots of new candid photos of Veronika for our collection 😉

The photo is copyright Bernd Buessen. Thanks again for passing along this wonderful photograph.

Well today after approximately 7 months of toiling, I finally finished the reformatting effort of every set on the website to make each page easier to browse on a mobile device and to add some additional commentary and observations about each set. I had performed the set updates in reverse chronological sequence starting with the most recent sets first and finally completing her earliest sets just today. It is during my work this morning that I came upon this quandary about the timeline which I am having trouble to reconcile.

Like many of these early sets I am not 100% certain of exactly when any specific set was taken since most of the accounts of Veronika’s early life adventures are centered around her lost camera equipment, which we were told on Veronika’s website had happened in 1997. By her own accounts it was that event that triggered her from moving from behind the camera to in-front of it.

Well if that did not happen until 1997 then the timeline between 1993 and 1997 does not hold any water. Her earliest published magazines were from Sept. 1997. I know 100% that she worked with photographer Jana Krenova in July 1997 and in some email exchanges with photographer Roberto Rocchi, was certain that he had photographed Veronika in 1996 already. In any case assuming his memory is faulty around that first time he had worked with Veronika, for sure he worked with her again a second time in June-July 1997 since several of the photos from that photo shoot wound up being published in several magazines in the Sept/Oct 1997 time frame.

Based on her much younger appearance in several of the early sets my suspicion is that Veronika posed nude before her camera equipment was stolen if we are to believe the 1997 date for that event. There is no way that all the nude material presented in the Early Years section of the Timeline could have been shot in Jan.-July period in 1997 if we assume best case that her camera was stolen on Jan. 1, 1997.

Hoping to start a bit of a debate here to see what other folks think. Am hoping that we can solve the mystery in the absence of hearing Veronika’s side of the story directly from her 😉

Looking forward to your posts!!!

I had posted pictures for Set 446 in the blog a while back. At the time I had mentioned that all these photos were published in one single issue of “Night Society” magazine.

However many years before I had discovered this set in the magazine, I had come across these very tiny thumbnails below in an ad for a Russian screen saver for your cellphone. These photos I have never been able to locate in any kind of higher resolution. I have added them here for reference. They are too small to be officially added to the index.

If anyone happens to have higher resolution versions of these thumbnail images then please let me know by posting a reply.

Just saw this in the papers this weekend … Veronika and Francis’ South African Enigma Mansion finally sold this past week for R99M after 4 years of trying …. looks like final sales price was almost 1/4 of the original asking price. 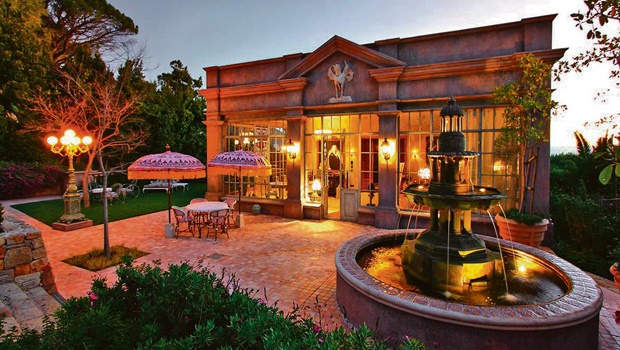 The article does say that Veronika continues to live in Ibiza with her twin girls.