Here’s a brand new never before released pic of Veronika taken by Tom Millea back in 2002. Tom worked with Veronika only once as I had stated in a previous blog posting to generate some source material he could produce platinum prints with … he considered Veronika an “interesting subject to photograph” as he told me when I met with him several years ago. Seeing that the platinum printing process was both dangerous and time consuming he only produced a handful of prints from that photo shoot with Veronika. This left many images never to see the light of day. Luckily I managed to purchase all the 1500+ images which Tom shot that day of Veronika a few months before he passed way (RIP). Here is one of those hidden treasures for all to now enjoy … a truly angelic pose of Veronika … the only thing missing are the wings 🙂

Denis Prenzel was born in 1971 in Novi Pazar, Serbia (ex Yugoslavia), a small town in the Sandzak region.

Born to a father who devoted 60 years of his life to art in Belgrade, Denis first became interested in music as a child, playing drums in a band. In parallel, for a living, Denis also worked in the family bakery. In 1992, he hastily left the former Yugoslavia and the Balkans, where war was raging, to take refuge in Sweden. It was finally in 1995 he put his bags in Germany, where he now resides with his wife.

It is hard to argue that Denis has afforded us fans a collection of the some of the best works of art of Veronika. As can be seen from the samples below, he is one of the few artists able to capture the “essence” which makes Veronika. I hope you all agree 🙂 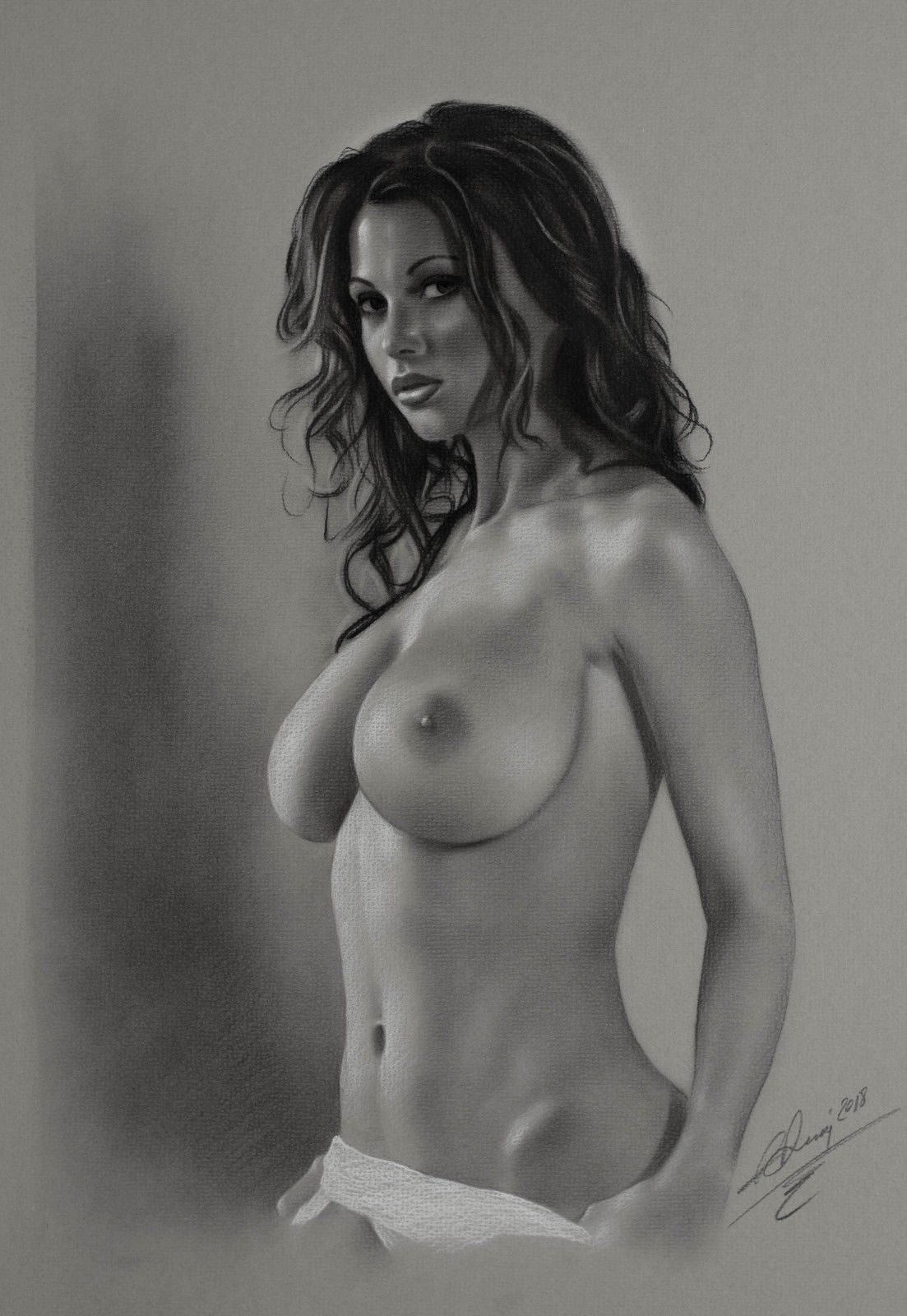 You can see all of Denis’ Veronika works HERE.